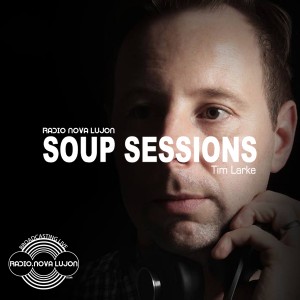 2100HRS (BST) Welcome to the Soup Sessions with Tim Larke…
Larkebird aka Tim Larke is a Musician/Producer/DJ/Vinyl junky from Leigh-on-Sea. Tim was captivated by the emerging 80’s acid house scene and by the mid 90’s he had cut his teeth DJing in London clubs including The Ministry of Sound, Bagleys and Turnmills (R.I.P) and also earned club residencies as a Latin Percussionist. Representing the deeper side of house but ever difficult to pigeon hole Tim’s style of music can range from slow deep funky beats to techy heart pumping house and his Dj Edits and music production has been met with great acclaim among the soundcloud community. Another project of Tim’s is the Indietronica duo the Black Dots in which he writes, produces and plays the keyboard/synths.