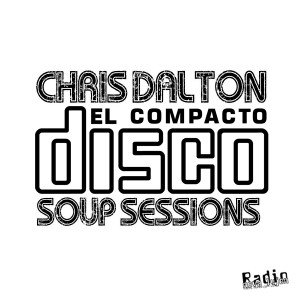 2100HRS (UK) the Soup Sessions tonight with Chris Dalton aka El Compacto Disco making his first appearance… stand by for some groovy shizzle from 9pm (UK). “El Compacto Disco also known as Chris Dalton cut his teeth in the basement bars and back rooms of Nottingham and then a brief spell in sunny Saaaaaf End. Exploring the best in funk, soul, reggae, hip hop and bass from the roots of music through to the current club sounds. Do you love a good groove irrespective of genre but not of taste? Fancy a night of heavy weight rib tickers and skankin titty jigglers… Tune in and put it down to the sounds of El Compacto Disco.”