A PLACE & TIME FOR EVERYTHING 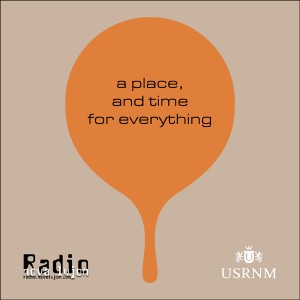 1900HRS (UK) Stuart Bowditch – A place, and time for everything is back, third Sunday of every month… “Stuart has been a musician for 20 years and a DJ for 12 of those. His DJ sets are as diverse as his musical output, which has spanned from grindcore and punk to ambient and techno. Stuart co-ran the Telephasic parties at the Sun Rooms and The Royal Hotel in 2006-8, and has played at many diverse venues across the South East, including Cafe Oto, The Vortex, Union Chapel, Southend Library, St.Pancras Church, Cafe 1001, The Vibe Bar, Cosmic Puffin, Waveform Festival and Tate Britain.

Stuart has been releasing music since 2007 through his two musical projects, Hybernation (ambient / experimental) and USRNM (tech house / techno) and 2013 will see a new EP and full length album released in the summer.”